PortCastelló: Meetings and talks to provide information about the weighing of containers 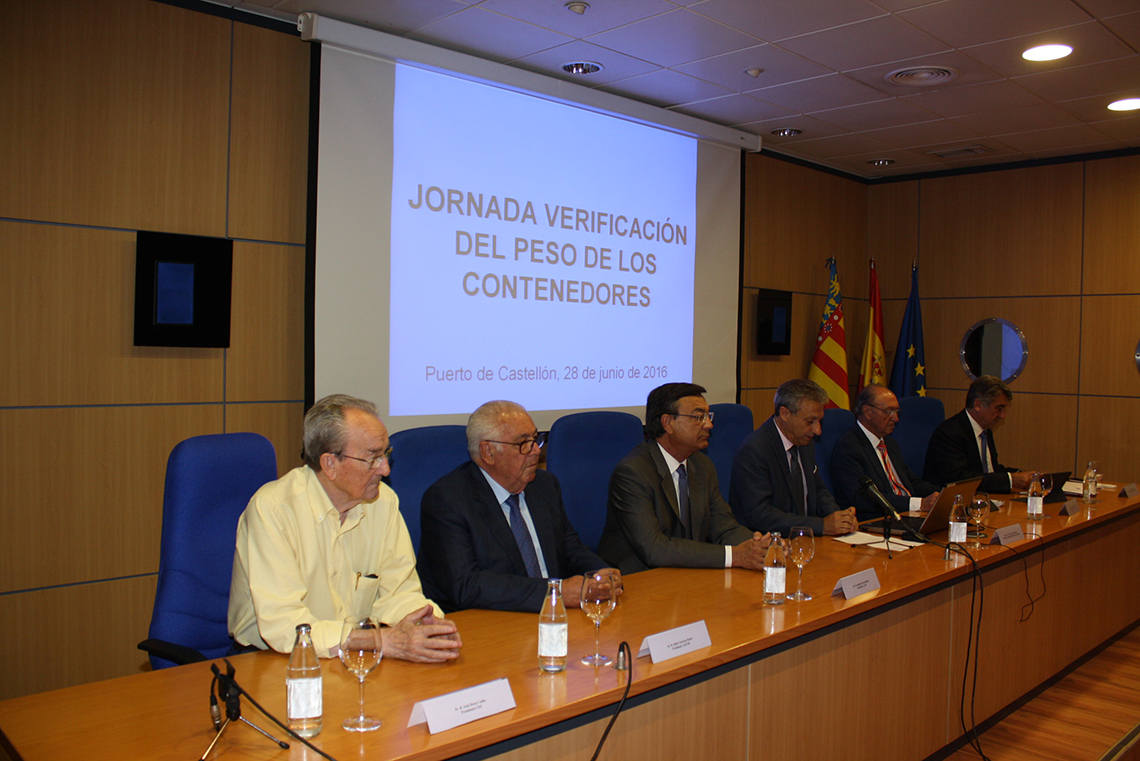 The Port of Castellón holds the fifth position in the Spanish ports system with regards to the numbers of containers imported and exported.

The Port of Castellón has today called together business sectors and other agents that are affected by the new Spanish regulations concerning the verification of the gross weight of containers. These regulations, which come into force on the 1st July,  are aimed at guaranteeing that no container loaded in a Spanish port exeeds the maximum weight permitted.

Francisco Toledo explained that, “The port of Castellón wanted to bring together all parties with a relationship to the transport of containers and who are therefore affected by these new regulations.” The meeting brought together about 120 people, representitives of terminal operators, shipping agents, transport companies and the business organisations of Castellón most affected by the new regulations, especially organisations representing companies involved in the handling of material for the ceramics industry ASCER (Asociación Española de Fabricantes de Azulejos y Pavimentos Cerámicos) and ANFFECC (Asociación Nacional de Fabricantes de Fritas, Esmaltes y Colores Cerámico).

The port of Castellón holds fifth place in the Spanish ports system – where the regulations are to be applied – moving  194.411 containers last year. The greater part of the exported material is ceramics, specifically  1.844.549 tons in 2015. The main destinations are Israel, Algeria, Lebanon, Libya and Nigeria, as the director of the port of Castellón Roberto Arzo expalined.

For his part the mamanger of the PortCastelló Foundation, Miguel Rojo, explained the new system as it is now used in the port of Castellón “provides the same quality service”. José Manuel Manuate, the Harbour Master of Castellón, underlined how the new regulations would improve safety at sea,

It may be remembered that the modification to the SOLAS agreement made by the International Maritime Organization (OMI) demands that conatainers have their gross weight verified as a previous condition to their being loaded aboard ship. This change, which affects the whole maritime transport industry, makes those  loading the conatiner on board responsible for obtaining a certificate verifying the gross weight of a full container and giving this information to the ship owner so that it can, in turn, be given to the terminal.