PortCastelló hosts the meeting of the executive committee of Anesco 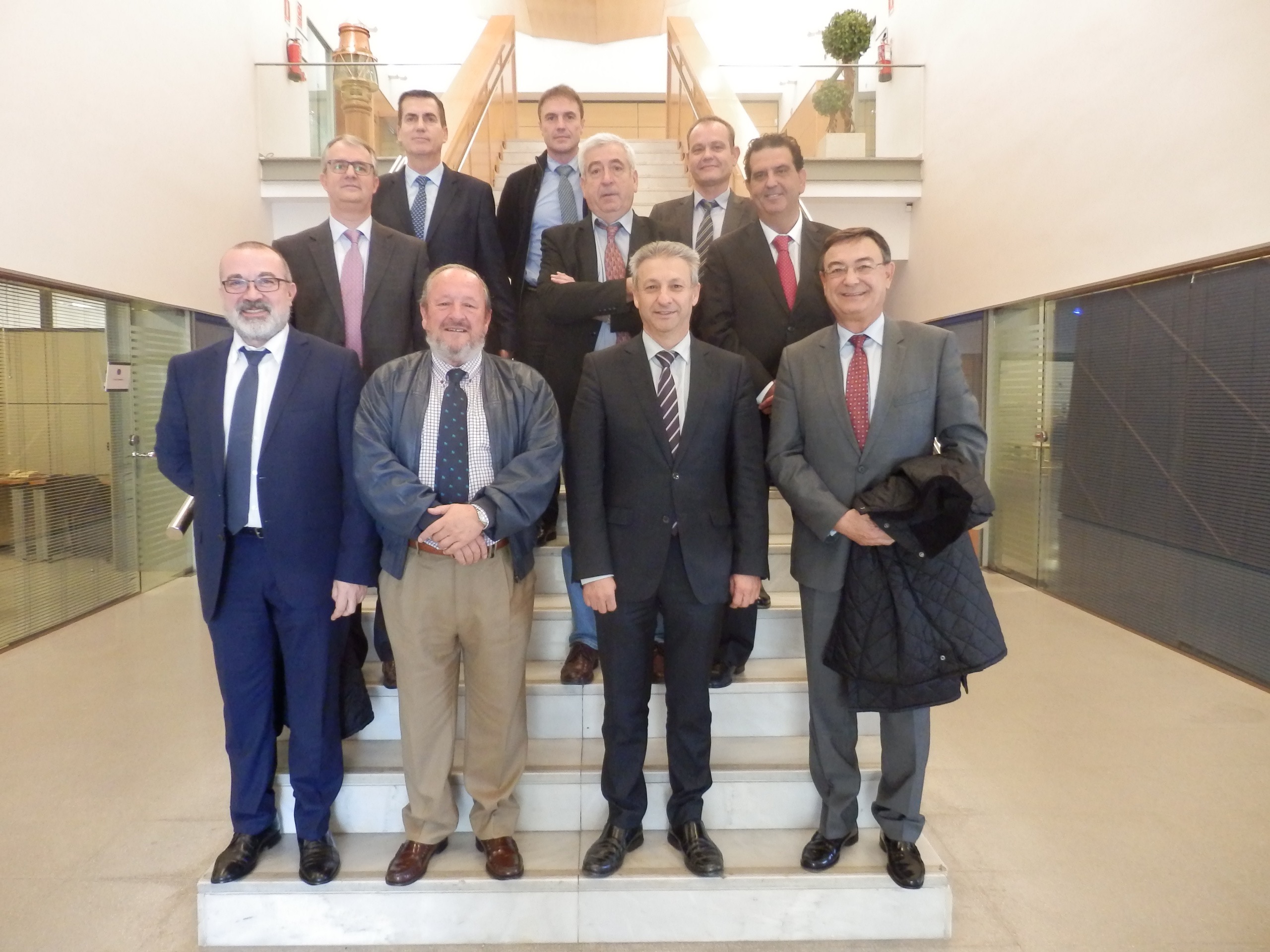 Francisco Toledo and Julio Carrasco chair the meeting of this management group which represents 83 companies associated with the management of shipping agencies.

The Port of Castellón today hosts the most recent meeting of the executive committee of ANESCO in which various  topics connected to to the future of this sector will be discussed. The meeting is being held at the headquarters of the  ‘Asociación de Consignatarios y Empresas Portuarias de Castellón’ and is jointly presided by the President of  PortCastelló, Francisco Toledo, and the president of the executive committee shipping agents companies of ANESCO,  Julio Carrasco Valdés.

During the meeting a number of topics of interest to those working in this sector have been discussed such as the proposed project ‘eManifest’ which has been put forward by the European Commission and which is aimed at further developing the ‘one window’ concept in Europe, coordinated and effective, which will allow all public administrative procedures connected with the visit of a ship in the European Union to be carried out together.

The shipping agent’s statute, the application of the new regulation concerning the weight of containers, the responsibility of the shipping agent to coordinate the activities of businesses as well as registering with ANESCO in the Spanish Maritime Cluster, are among the other topics on the table in this week’s meeting of the shipping agents’ executive committee.

At the same time, this meeting has provided an opportunity  to evaluate the participation of ANESCO in the 47th edition of the annual meeting of FONASBA (Federación de Asociaciones Nacionales de Agentes Marítimos y Brokers Navieros,) which was held last month in London.

During the meeting the President of the Port Authority of Castellón  Francisco Toledo, laid out some of the statistics which place the port in the top 10 of Spanish ports and the sixth most profitable in the system of Spanish Ports. He emphasised that “the significant improvement in the in the economic results of 2015 have allowed PortCastelló to lower tariffs and increase bonuses in order to improve the ports competitive capacity.”

Toledo explained in some detail the 70 million euro investment plan covering the the present until 2020 for the Port of Castellón.

Currently, and after a number of new companies have joined recently, ANESCO is made up of 246 associated companies, of which 83 are shipping agents, making this organisation one of the most important in an industrial sector fundamental to the Spanish economy, since it represents around 35% of GNP. ANESCO is one of numerous international organisations such as FONSABA (Federación de Asociaciones Nacionales de Agentes Marítimos y Brokers Navieros) FIMOP (Federación Ibérica de Empresas Estibadoras y Agentes Marítimos) or ECASBA (Asociación Europea de Agentes Marítimos y Brokers Navieros).