PortCastelló hosts the annual meeting of the propeller clubs of Spain 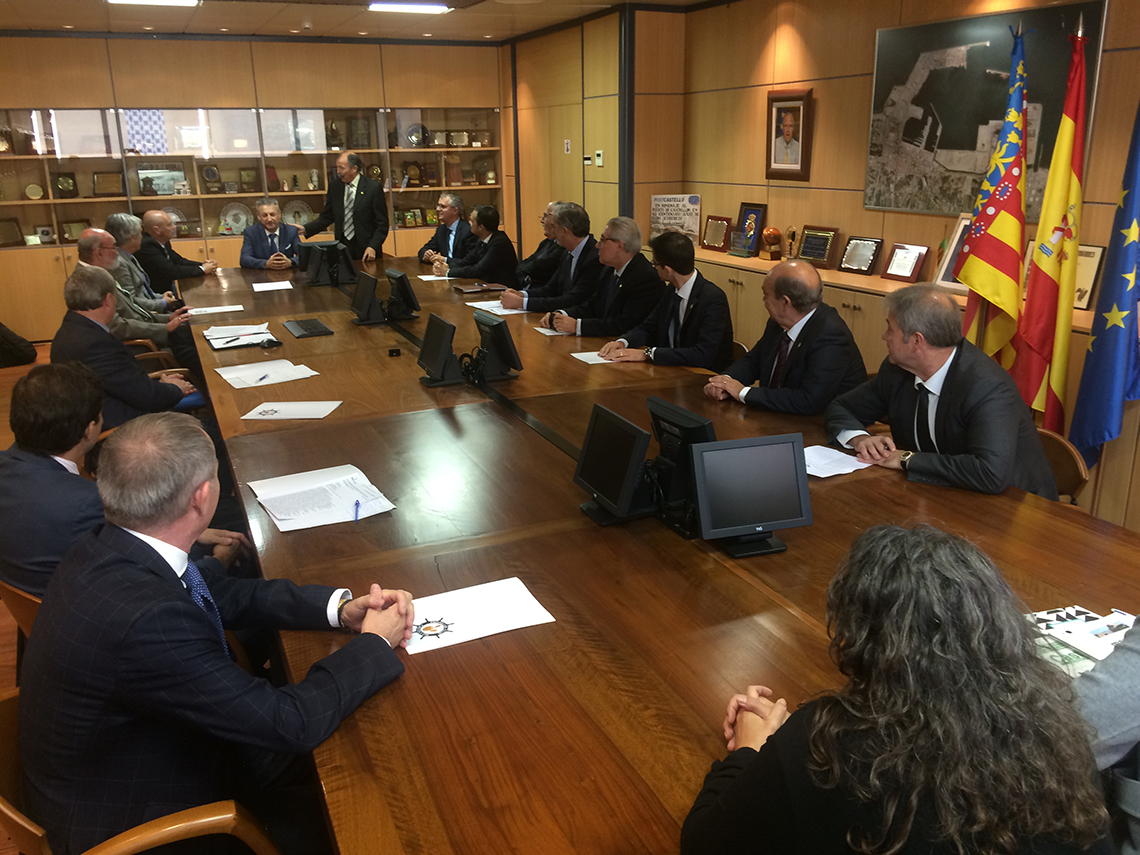 Francisco Toledo highlights the unity of these bodies in defence of common interests.

The Port of Castellón is today the host of the VI Meeting of Propeller Clubs of Spain which is being attended by various members from the Boards of Directors from clubs in  Algeciras, Barcelona, Bilbao, Madrid, Valencia, Seville and Castellón. And it is the Propeller Club of Castellón that has been chosen to organise this year’s meeting under the presidency of Carlos Vicedo.

The meeting is being held in the headquarters of the Port Authority of Castellón and emphasis has been placed on the work done by these clubs to design unified strategies directed at industrial sectors and international trade especially in the areas of logistics and the maritime-port sector.

The representatives of the Propeller Clubs were received by the President of the Port Authority of Castellón , Francisco Toledo and later they visited the port of Castellón. Toledo highlighted the collaboration, communication and unity which exits between the clubs because “we are all working for a common cause”. The President of the Port Authority presented some of the figures which place the Port of Castellón in the top ten of  the 46 ports that make up the Spanish ports system, although he pointed out that,” a port is more than just the numbers” to emphasise the fundamental importance of PortCastelló for the “generation of employment and wealth for the province”