Marco and Toledo take further action to strengthen the links 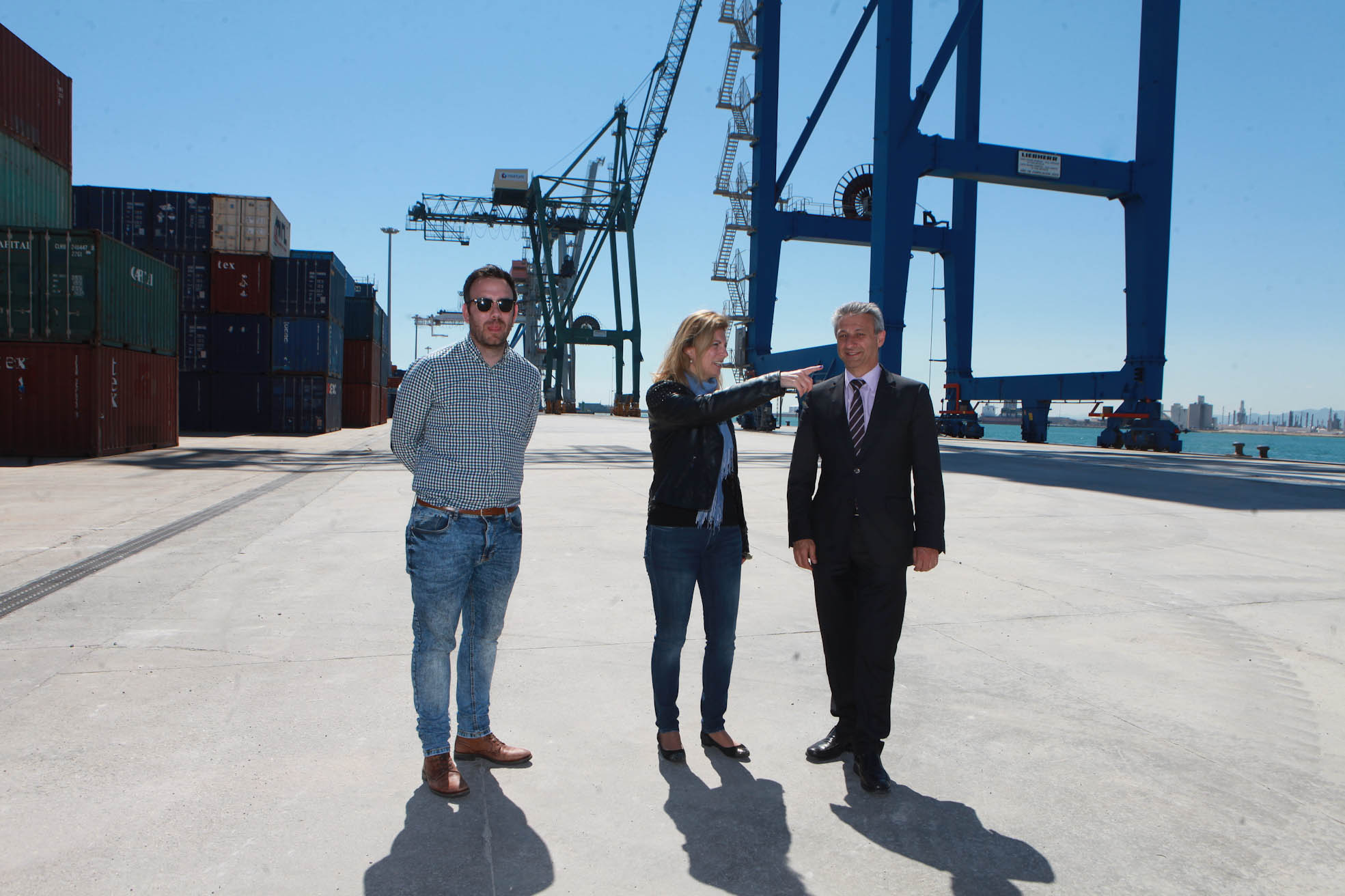 The Mayoress of Castellón and the President of the Port Authority are studying projects to make the port more competitive, creating economic benefits for the town of El Grao and its people.

The Mayoress of Castellón, Amparo Marco, and the mayor of El Grao, Rafa Simó, have visited the Port of Castellón, accompanied by the President of the Port Authority, Francisco Toledo, to examine projects which are being planned in the port of Castellón to make it more competitive and therefore according to Toledo “a means to generate wealth and employment for the town.”

During the meeting,, Franscico Toledo pointed out that the  financial situation of the port makes it possible to construct over the next 5 years, with their own funds and without the need to borrow money, the rail connections between the north and south basins, a new bulk liquids quay, its urbanisation, and connection by dual-carriageway to the CV-22, as well as an intermodal complex and a new rail connection to the port.

Toledo also referred to the improvements in environmental protection which are being developed. ” Ports must carry out their activities responsibly and become the best ally of the town”, he said.

At the same time both Amparo Marco and Francisco Toledo agreed that it was necessary to take measures to strengthen the links between the port and the town. Toledo said,”Ports have played a decisive role in the growth and development of towns and we are determined that our port will not develop separately from the town.”

Among the more than 8000 Spanish municpalities, Castellón is one of only 28 that has a Port Authority. “We must take full advantage of being a port town in order to generate wealth and employment by attracting investment and increasing traffic and to strengthen the link between the port and especially El Grao,” said Toledo.

For her part, the Mayoress of Castellón, Amparo Marco, explained that,”it is very clear to the local government that the port is extremely important to the local and provincial economy and we are  willing to support its development.”

Marco added that “if sea transport is increasing it is because the economy of Castellón is growing and that is good for the town as a whole.” Marco went on to say that in order to develop further activity at the port two infrastructure were necessary, “the first is the connection to the Mediterranean Corridor, so a southern rail access is needed which will allow companies to export their goods more rapidly, with reduced cost and more efficiently. The second is the intermodal complex. The Town Council supports its proposed location and does so with technical criteria and reasons of economic effectiveness.

It should be remembered that the Port Authority of Castellón  announced during the first PortCastelló Lighthouse Awards, the inclusion of 15 million euros in its investment plan for the construction of the intermodal complex.