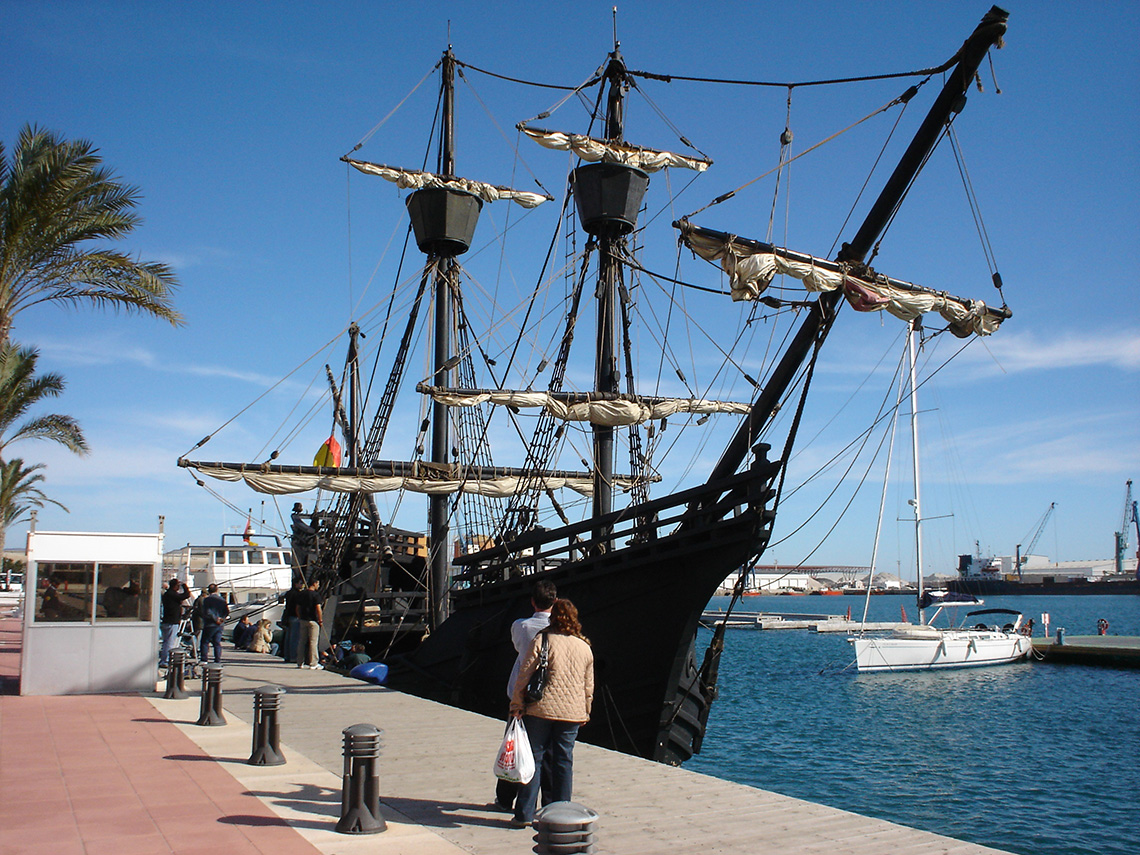 The ‘Nao Victoria’, a replica of the ship which succeeded in making the first ever circum-navigation of the globe, left Alicante last night and set sail for Castellón where it will arrive this evening and make a stop of three days and be open to the public to show them its amazing history.

Nearly five hundred years ago (1519 – 1522) this vessel carried out one of the greatest maritime feats of all time, the first circum-navigation of the world. This fantastic adventure was carried out by Spanish sailors – among them a man from Valencia Juan Oliver – and by circling the globe they were able to measure its size.

After receiving a very warm welcome in ports where it has docked recently – -Sanlúcar, Algeciras, Fuengirola, Almería, Cartagena y Alicante-, from the thousands of visitors and school children who have gone aboard, the ‘Nao Victoria’ is now on its way to Castellón. From there ,it will embark on a tour of Europe going around the Mediterranean to make the story of the vessel and its sailors known.

On this tour the first stop will be in the French port of  Sete, where the ‘Nao Victoria’ will participate in a spectacular gathering of historical ships from all over Europe, “Escale à Sete”.

Thus Castellón joins the long list of towns and cities that now have formed a relationship with this emblematic ship since it was built. Between the years 2004 and 2006 the vessel made it its own voyage around the world visiting 17 countries including the United States and recently finished this tour by stopping at several northern European ports. It was the first vessel of this type to make such voyages.

With the collaboration of Port Castelló, the ‘Nao Victoria’ will be docked at the Muelle de Costa from the 9th of March to the 13th, so that it can be open to the public. The ship is 26 metres long and 7 metres wide and is a masterpice of old style ships carpentary. During its stay vistors will be able to learn about the amazing story of the original ship , its  construction, how it was sailed and how the sailors on board lived. In the the hold they will able to get a good idea of the  conditions in which the crew lived and worked and how the ship is operated today.

Tickets sold at the entrance to the ship or at www.naovictoriashop.org