Goods traffic at the Port of Castellón increased by 23.8% last december

The president of the Port Authority of Castellón, Francisco Toledo, believes that these results reflect the energy and creativity of exporting companies in Castellón and good work by the Port Community.

Port Castelló broke all records for goods traffic in December 2015, transporting 23.8% more tons than in the same period the previous year. In particular, 1.560.243 tons were transported through the port, the highest figure ever and well above the previous record set in 2012, when the figure was 1.393.513 tons.All types of goods traffic increased. Bulk liquids amounted to 890.645 tons,  24,2 % more than in December 2014 and well above the previous record of 838.725 tons set in 2006 before the crisis.

As far as bulk solids are concerned there has been a spectacular increase, the total of 410.023 tons representing an increase of 23,2% over the figure for December 2014 and well above the previous record of 375.759 tons set in 2008.

The president of the Port Authority of Castellón, Francisco Toledo, states that the achievement of the best December figure ever, clearly shows the excellent progress of exports from the Port of Castellón, and the “energy and creativity of exporting companies in the Province of Castellón”

Toledo also highlighted the excellent work carried out by the Port Community “which allows us to follow the path of sustained growth, increase our market share of port traffic and generate employment and economic activity in Castellón.

The president expressed his satisfaction that these figures, “reflect the importance of the Port of Castellón as a sustainable port, generating wealth and jobs.” 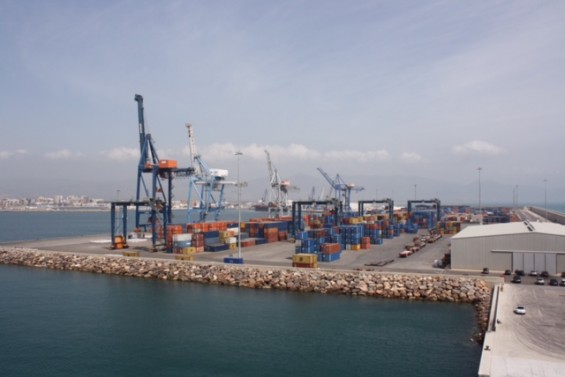