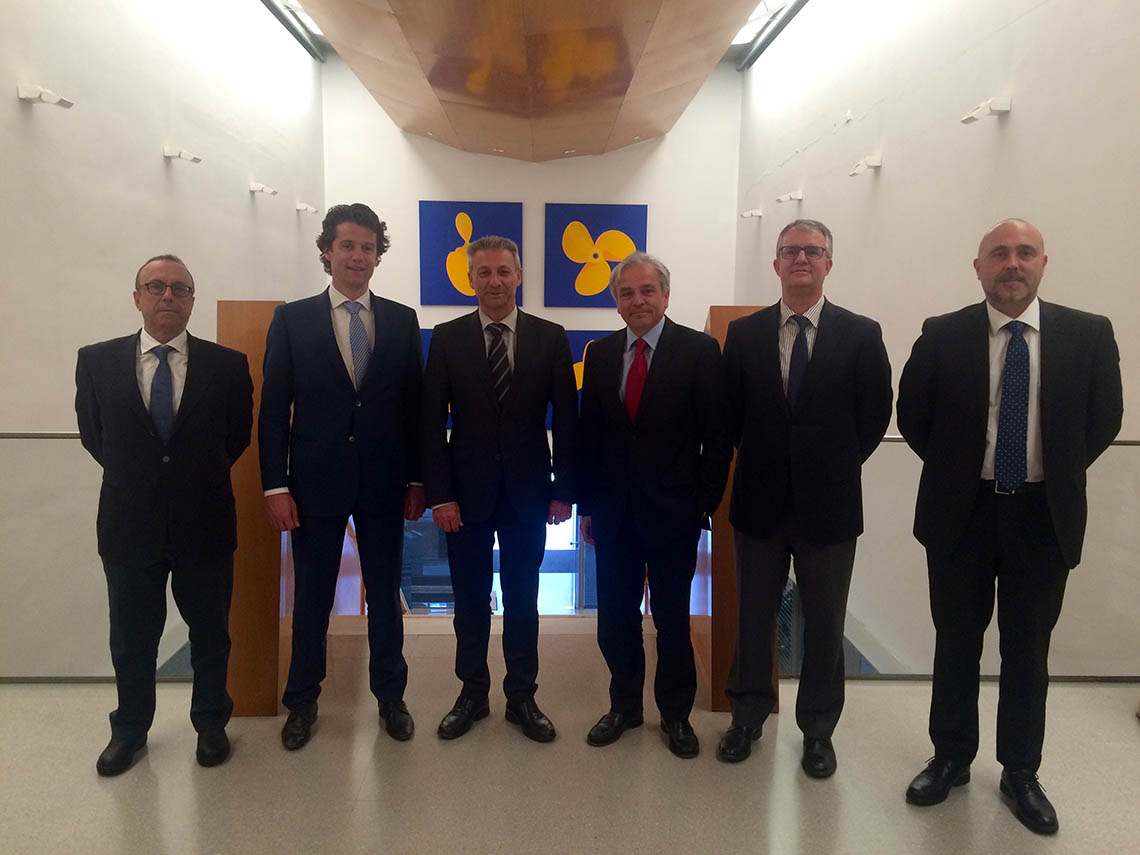 Representitives of APMT, Grup TCB and TPC have held a meeting with the president of the Port Authority of  Castellón

Representitives of the TPC terminal and the new proprietor, APM Terminals – the terminals division of the división AP Møller group ‐, have held a meeting with the president of the Port Authority of  Castellón, Francisco Toledo, in which the person responsible for integration at APM Terminals , Martijn van Dongen, expressed the interest of his group towards expanding and modernizing the terminal to bring it to the highest levels of efficiency and competitivity.

The president of the Port Authority of Castellón made clear his satisfaction for the 1.3 million euro investment made recently in the Castellón Multi Use Terminal which improves the management of the area as well as “the importance of this terminal for the port of Castellón as a whole, which moves 80% of the container traffic.”In 2014 162,000 conatiners were moved through the terminal, 5% more than in the previous year.

At the same time, Toledo highlighted “the great potential for growth.”. It should be remembered that under the managment of Victor Muñoz, a process of technological modernization was begun which will culminate in the installation of an exclusive operational system will allow containers to be placed more efficiently. As Toledo remarked,”An investment that confirms AP  Møller’s commitment to TPC and PortCastelló”,

He went on to indicate that the Port Authority was considering the process of extending the concession of the terminal from 35 to 50 years, and that this is in its public stage. “Before the end of the year we hope that the process will have been concluded.”